Well as long as you Admit it…

We’ll just forget about all this and start going to movies again.

(Could the investigation of this Domestic Spying be why so many Governmental Department heads are suddenly “retiring”?)

Where in the World is President Obama? 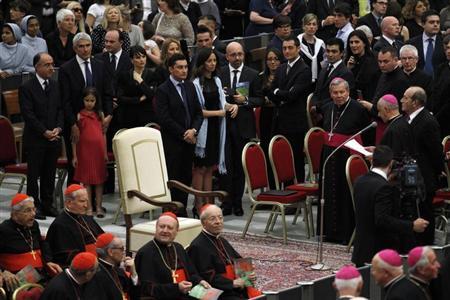 After President Obama’s recent sighting on a flight from Moscow to Cuba, he makes a showing at the Vatican for a Classical Gala.  I guess anywhere but in the United States is the place to be… oh, and Kenya.  Anyplace but here and Kenya.

Edward Snowden is So Stupid…

How Stupid is he?

He’s so Stupid he can’t even make his flight on time.

Yep… this Drop Out, Flunky Fool who is probably too Ignorant to tie his shoes missed his scheduled, well publicized, flight from Moscow to Cuba.

Clearly this guy is an Idiot. A Fool. A Moron.

by none other than our Security Services.

And, because he was so Dumb, they hired him.

That’s right. This Insolent Child… for lack of a better description… was such a Clown that he was singled out to work for the Government when most of us were worried about having enough intelligence to pass our driving test.

So it stands to reason he would do something as ridiculous as miss his flight.

It could not be, in the mind of any serious person, that he might know a bit about proxy chains and mis-direction. Basic fieldcraft would be beyond such a Buffoon. Particularly one that is So Dumb he was recruited in his teens to work at places mere mortals dare not tread.

This also sheds light on such emotional theatrics associated with his hysterical claim someone might want him dead.

This Swivel-eyed Loon should be left to his own paranoid fantasy world.

He might just drive his car too fast and have a mechanical problem resulting in it bursting into flames.

How exactly can this Ignoramus be such a danger to the U.S. Domestic Spying Agencies?  Why on Earth would this Bozo think a Government who see’s no limit to their power, so long as no one knows what they are doing, would want to kill him?  What kind of Ego must it take to come to such a conclusion?  What a Dim Wit.

Strange that none of us are buying this.

This guys is not a hero… but, to his credit, it doesn’t appear he is a traitor either.  (Yet… we’re watching.)

Shedding light upon the U.S. Government Spying on American Citizens who have committed no crime simply does not qualify as treason.  At least not to the American People.