From the “Who needs Enemies when you have Friends like these?” file… 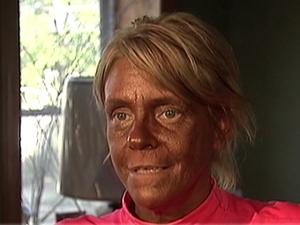 Here’s a little quote from John Boehner, Former Republican Speaker of the House, associated with an article where he states the Republicans will Never repeal Obamacare.

“What’s making everything even worse today is because we have so much news, people get to choose where they get their news,” Boehner said. “It used to be we had three big TV networks, five big newspapers, and five big radio stations and whatever they said was the news. Everybody else followed what they do.” – John Boehner 072517

There you have it, Idiots. You’re all too stupid to know what’s real and what isn’t and the ‘just recently former Republican Speaker of the House’ is lamenting your access to unfiltered “news”.  You, your opinions, your radio hosts and your little dog too, are all dummies.  You want to know what an Elitist A-hole is?  Well, they drink scotch all day, look like George Hamilton on a bender and sound like the above quote spoken in a slow perpetual slur.

If you need a reminder…

The Enemy is Within.

Trumps first War will be fought inside his own party.

Background is in Media with a little History Major thrown in just to be annoying. END_OF_DOCUMENT_TOKEN_TO_BE_REPLACED
This entry was posted on Tuesday, July 25th, 2017 at 2:26 pm and tagged with civil war, collins, Establishment, John Boehner, John McCain, Lindsey Graham, murkowski, Republicans, RINO, the enemy within and posted in News, politics, Uncategorized. You can follow any responses to this entry through the RSS 2.0 feed.
« Former CIA Director, and Communist, John Brennan calls for Treason
A Family Squabble »

4 responses to “From the “Who needs Enemies when you have Friends like these?” file…”