pundit from another planet

The clip coincides with the launch of a new website where D’Souza answers critics who claim his movie distorts facts. ‘Detractors and several film reviewers have been challenging many of its claims’. Example claim: ‘Democrats had backed slavery and the Ku Klux Klan decades ago’.  This is in dispute, really? 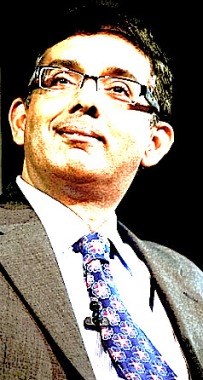 5 percent of critics gave ‘Hillary’s America’ a positive review, compared to a favorable review from 82 percentof the audience.

“‘Evita’s foundation funneled money given to the poor into her own bank accounts,’ D’Souza says in the clip. ‘Certainly, the Clintons wouldn’t steal from the poorest of the poor?’”

Hollywood Reporter: Hours before Hillary Clinton is set to accept the Democratic nomination for president, Dinesh D’Souza has releasedscene from his documentary film Hillary’s America that compares the former secretary of state to Eva Peron, the Argentine politician famously accused of money laundering in…

Background is in Media with a little History Major thrown in just to be annoying. END_OF_DOCUMENT_TOKEN_TO_BE_REPLACED
This entry was posted on Thursday, July 28th, 2016 at 8:19 pm and posted in Uncategorized. You can follow any responses to this entry through the RSS 2.0 feed.
« The DNC might want to put some Valtrex in the Gift Basket…
Slut-Shaming Trump… »